Looking back I realized that I started this blog eleven years ago this month.

END_OF_DOCUMENT_TOKEN_TO_BE_REPLACED

Summer has been hectic with travel – from Southeast Asia we traveled back to Hawaii for a short visit, then returned to Tennessee. After only a week, I was off to Oregon to act as best man in my friends wedding. Now that everyone has said “I do,” I am hoping to find some fish. Before I get too far behind on the blog though, I want to share a few of my recent fishes. On my last day in Hawaii, I was fortunate to get a call from my friend and Hawaiian fishing Guru, Kirk. He had been under the weather and we had canned our plan to either go ulua (trevally) fishing or flats fishing for o’io (bonefish) because even in the tropics, wading all day is cold and exhausting. Instead, Kirk suggested that we head to Lake Wilson, Oahu’s biggest fresh water body, for a mellow day of tucanare bass fishing among the eucalyptus trees at Kirk’s secret spot. 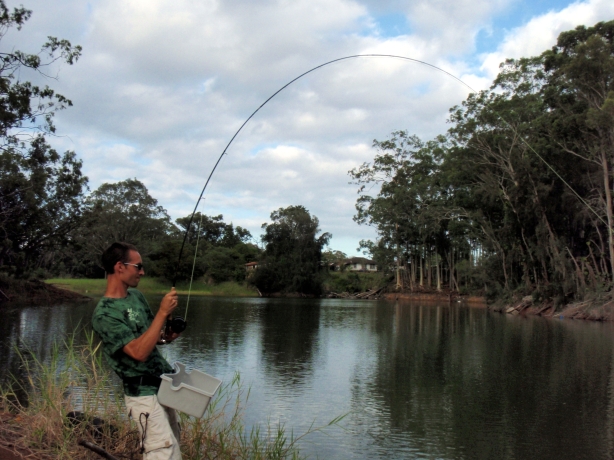 Tucanare bass are not actually bass, but the world’s largest species of cichlid, and as I soon learned, they are voracious feeders, strong fighters and aerial acrobats. Kirk had the first fish, caught on live bait. I snapped off a good sized one, but after spooling on some 15lb test I managed to land my first tucanare. The fish wouldn’t stop flopping around, and I dunked my shoe in the lake trying to get my camera out, but I think the self portrait turned out pretty good: 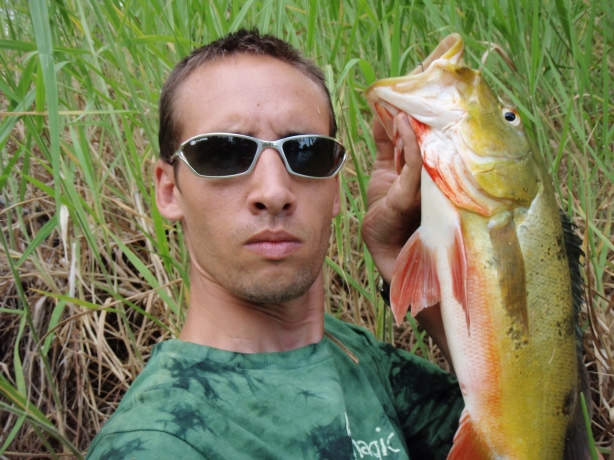 The fishing just kept getting better. We soon switched to a light tackle rod with a small minnow lure, and a flyrod with a weighted baitfish imitation. 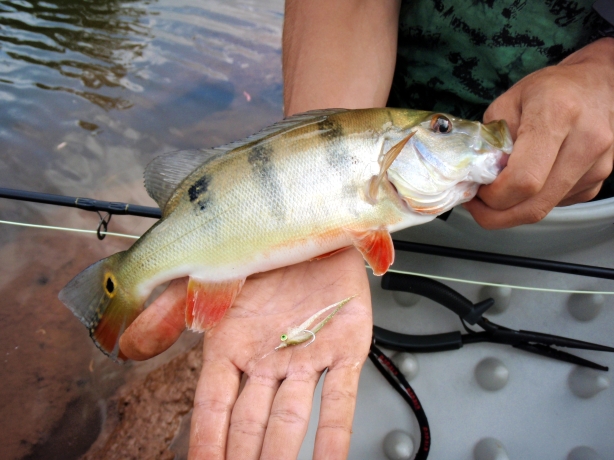 At first we tried to be quiet when playing fish so as not to scare off the shoal that seemed to be right in front of us, but as our arms got tired and our fingers became raw from lipping big fish, we began to land and release fish with no regard for stealth. All of the fish that day were good sized tucanare bass except for two. Kirk caught a largemouth and I hooked a red devil, another species of cichlid which can sometimes be enticed to take a fly. 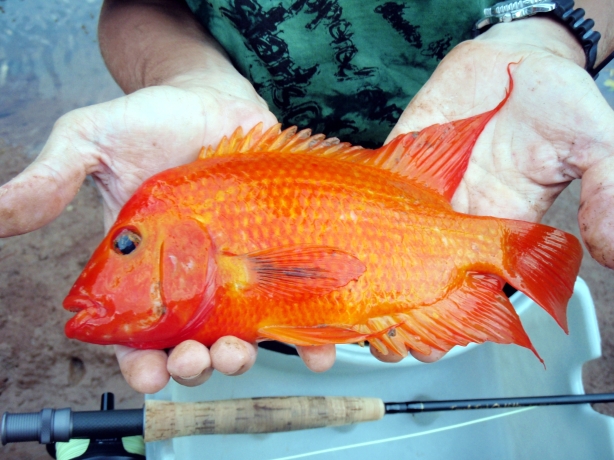 It turned out to be an epic day of fishing – perhaps thirty fish between the two of us. 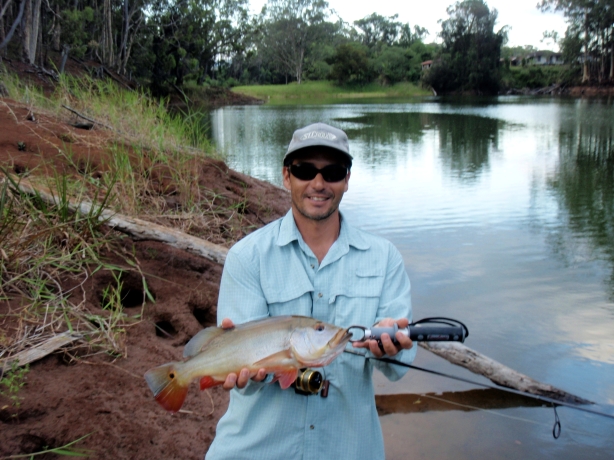 Although I have no idea how many pounds it was, I am certain I set my personal record for most pounds of fish landed in one day.

The Fishing Dojo offers a unique style and philosophy of fishing that challenges convention in pursuit of the ultimate goal: Have more fun and catch more fish!