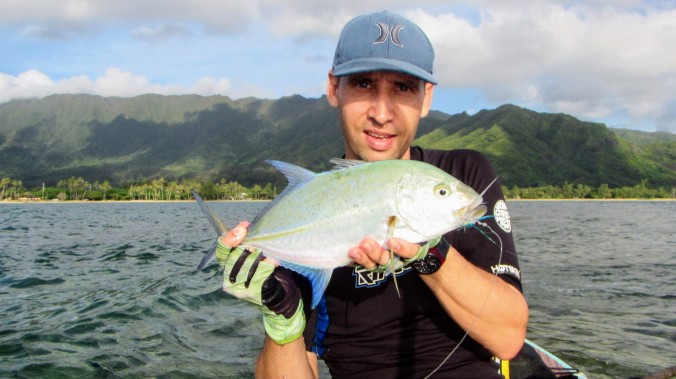 I have gone papio fishing a few times this Summer, but mostly I have been fly fishing. It’s not that I prefer fly fishing, rather it is that I have an ulterior motive.

This July will be our annual pilgrimage to the Columbia Gorge. I am hoping for some excellent carp fishing, but to stack the odds in my favor I have been using flats fishing as an excuse to sharpen up my sight-fishing skills. 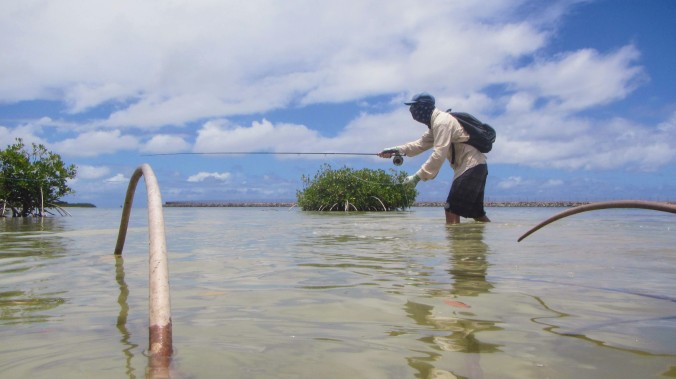 In addition to fly fishing (which is the most fun) I also plan to try out some European style tactics and baits. By July, the weeds have grown thick in some areas and, especially when the weather doesn’t cooperate, I think this might be a fun way to still catch some fish. I also believe that there is a decent chance of hooking into some really large fish in the 30+ pound range, but that remains to be seen.

Finally, I will be taking along some new aquatic footwear, a pair of Hydro Recon booties from LALO Tactical. So far they have been pretty great, but when they come from a company that makes footwear for the Navy Seals I expect big things!

The Fishing Dojo offers a unique style and philosophy of fishing that challenges convention in pursuit of the ultimate goal: Have more fun and catch more fish!
Loading Comments...
Comment
×
<span>%d</span> bloggers like this: