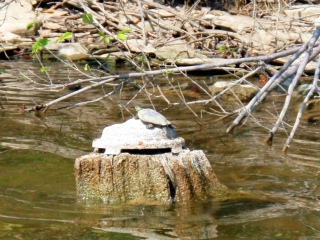 It’s been a lousy Fall for carp so far. I’m sure that I deserve some of the blame – I’ve missed plenty of fish and maybe I haven’t spent as much time on the water as in the past. However, I have noticed some definite differences this year. For example, in the late Summer and early Fall the shallow bays that I fish have always produced verdant fields of reeds where I could usually count on finding a couple of hungry carp. This year those reeds never grew. I waited, thinking that perhaps things were just a bit late this year, but due to a lack of rain the water level has fallen and all of those shallow flats are now dry! Still, there are fish, and Fall isn’t over yet.