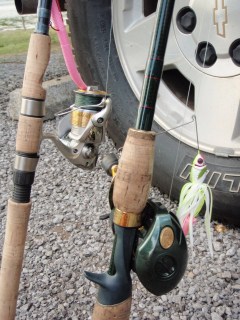 Stephen, a co-worker and friend of mine, moved to Nashville recently from North Carolina. He has been a saltwater fisherman for many years but fortunately he brought his enthusiasm, and tackle box, with him when he moved inland. The other day we were chatting and he mentioned that he had never caught smallmouth bass before. 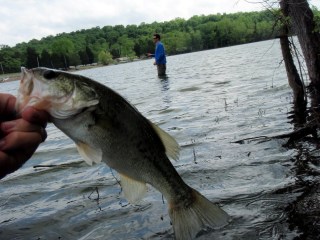 I caught my first smallmouth some years ago, not long after moving to Nashville, and I thought it would be fun to take Stephen out to that same spot. The weather was a bit uncertain but we decided to take our chances, so we threw the boat in the back of Stephen’s truck and headed for the lake. 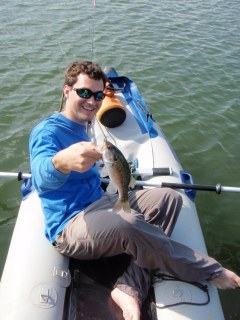 We fished all afternoon and caught some nice fish, including Stephen’s first, and second, smallmouths! The biggest fish of the day took a spinnerbait but managed to tangle the line and escape. Most of the other fish fell for Stephen’s secret springtime bass lure (how secret is debatable as Bass Pro Shops was nearly sold out of them!) 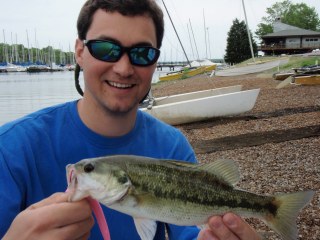